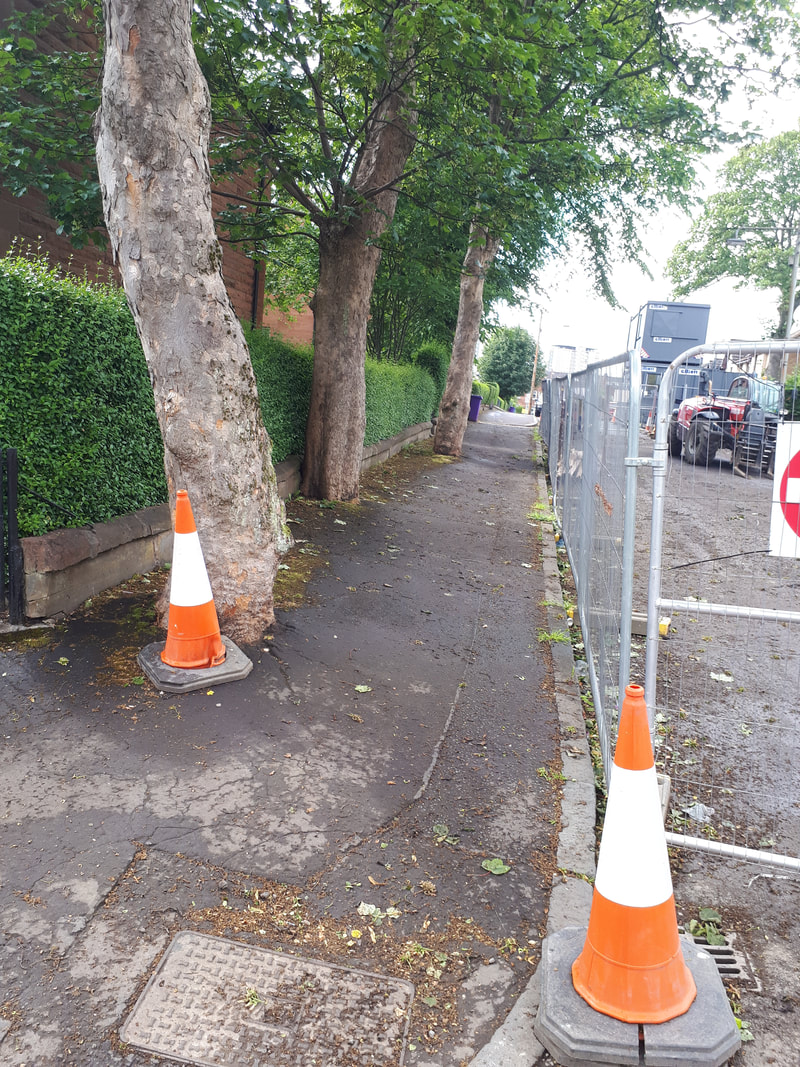 ​No news. No explanation. This is a legal process which commenced in 2014 and is subject to legal deadlines all of which have long since been passed but without any outcome from Scottish Ministers. If any members of the Association have any further information then they are invited to send this to the Association's committee by email to msheridan25@hotmail.com for publication to all members of the Association. Any other input on this important topic would also be very welcome.

14th May 2018 - At our AGM last Thursday 10th May I told the meeting that I would put the minutes from the previous AGM on to our website and these are now published as follows: -
​
​Minutes of the SCARA 2017 AGM

​
Parking Control Scotstoun Stadium:  Despite collaborative work with Glasgow Warriors there are still problems in some streets on match days. SCARA continues to highlight these to the Warriors management who have introduced measures to alleviate some of these e.g. a second entrance to the stadium from the railway station. SCARA will continue to gather information from residents of particular ‘hot spots’.

Social Events: The Burns Family Evening was a great success. Residents are encouraged to book in advance to help the Committee plan for catering etc.

SCARA Committee continues to meet monthly. The Convener thanked committee members who give their time to address issues of importance to local residents.

150 / 650 households made a contribution to the cost of the twice yearly newsletter.

This is a heads up to let people know that we propose to hold the AGM at Scotstoun East Parish Church on Thursday 10th May 2018 from 7pm for 7.30pm. This means committee members will be available to talk to members and share some light refreshments from 7pm but the formal meeting will commence at 7.30pm.

We are now working on the agenda for the meeting and, if you have any particular items that you wish to raise for discussion, then please write this down and send it either by email to msheridan25@hotmail.com or by letter to Michael Sheridan, 66 Queen Victoria Drive, Scotstoun, Glasgow, G14 9DJ.

WH Malcolm Construction is planning to convert its base in South Street, Scotstoun into a waste management site to the detriment of the area. A protest campaign was organised by SCARA and this was soon amalgamated into a wider campaign with Scotstoun Community Council and several other other Community Councils in the area affected. We understand that close to one thousand signatures protesting against this plan were gathered for a petition presented to the city council.

Residents wishing to be involved in the protest should contact SCARA by email or Scotstoun Community Council at scotscoco@gmail.com


Update November 2017
It is now over three years since the issue of the original planning application notice and there is still no outcome.  The latest position is that the Planning and Architectural Division at the Scottish Government has told us that they hope to deal with all appeals within two months (by 3rd December 2017 ?) and certainly within three months (by early January 2018 or later because of the holiday period ?) but we have heard much the same on a number of occasions before now.  We shall update further in due course.

Update May 2017
The planning appeal is still with the Scottish Government awaiting final decision.
Update June 2016
WH Malcolm Construction has appealed the planning refusal. On Thursday the 9th of  June SCARA will be attending a meeting to discuss next moves on how best to prevent the planing refusal being overturned. Please check back here soon for further news.
Update March 2016
As a result of a successful protest campaign carried out by local community bodies the planning application was refused. We will keep you posted if there is any further news.
Update February 2016
​A public hearing is to take place at Glasgow Cit Chambers on Tuesday the 23rd of February. Please click on the link below for more information.
https://dumbartonroad.wordpress.com/2016/02/12/wh-malcolm-gasification-plant-public-hearing-tue-23-feb/
Update 25th January 2016
​The link below will take you to the Dumbarton Road Corridor Environmental Trust blog where you can find out the latest update regarding the proposed waste recycling facility.
https://dumbartonroad.wordpress.com/2016/01/18/wh-malcolm-planning-application-update-2/
Update 4th December 2015
Please download the latest update form the WH Malcolm Objection campaign strategy groups meeting that was held on the 26th of November. Here you can find out more about the air quality petition that was initiated as part of a broader campaign on air quality in the local area.